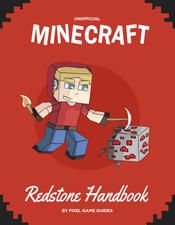 Redstone Devices These are objects that are activated by being adjacent to a powered block, or at the end of a redstone wire. Devices that can be activated include doors, pistons, dispensers, note blocks, and minecart rails. Read more about redstone devices here. Transmitting power: Redstone wire The final piece of the puzzle is redstone wire, which is made by placing redstone dust on the floor.

The dust will connect up to make a wire, and will even go up and down steps. Redstone wire: when it's powered, as on the right, it lights up and sparkles.

Redstone wire is used to transmit power from place to place, just like electrical wire. Redstone wire becomes powered when it is adjacent to a powered block, for example a block containing a power source, or the block a lever is attached to, or the block above a redstone torch. Redstone power runs along the redstone wire, powering the blocks underneath the wire.

Block B is at the end of a redstone wire and is weakly powered: it can activate devices the lamps but the redstone wire marked C is NOT switched on. How far does the power travel? Redstone power will travel a certain distance along a wire, depending on the strength of the power source. Most power sources have a strength of 15, meaning the power will go 1 blocks. Certain power sources such as daylight sensors or weighted pressure plates might produce less power, which will travel a shorter distance.

Sending power vertically Redstone power can go up and down stairs.

The most compact form is a spiral that fits in a 2x2 column: you can go up and down these stairs too! You'll need to add a repeater every 15 blocks to keep the current flowing.

Redstone Ladders Certain blocks are 'not quite solid' and can be used to build a more compact ladder for redstone current, but it will only travel in an upward direction. These blocks are upside-down stairs, slabs placed in the top half of the block, and glowstone.

There are three designs above: the first two transmit signals upwards. Now look at this. The powering block idea leads to the misconception that a block can simply replace a piece of wire. As shown above, this is not the case.

Unless a wire is connected to a block that has a switch placed on it, it will not receive power from anything except for a torch, or just a switch by itself. Take note and avoid confusion! Repeaters Repeaters are the one redstone affiliated item that I have not yet mentioned, but perhaps one of the most useful.

The repeater has three main uses, all being very simple: Creating delays in the current Extending past the 15 block current limit Functioning as a diode, i. When using repeaters, make sure you place them the right way, with the current entering into the red strip! You can see here how the very top piston is functioning when activated, but that the one below it is not.

This is because there are 16 spaces of wiring in the lower connection versus the exact 15 in the top one. Once a repeater is added though, the 15 block limit is reset and the current can continue for another 15 spaces from the repeater before dying out.

Minecraft redstone has a system of delays known as ticks. A tick, according to Minecraft Wiki, is equal to 0.

When a repeater is introduced into the path of redstone, it causes a one tick delay in a neutral state. Thus, if you had a current that had to travel through ten repeaters between a lever and a piston, it would take one second for the lever to activate the piston if all repeaters were in neutral.

Now what do I mean by neutral state? Right clicking a repeater causes one of the torches to shift, up to three times, to create delays. Each shift adds on one more tick, making each repeater able to cause 4 ticks of delay, or 0. When a repeater is first placed down, it is at a 1 tick state, or "neutral".

Repeaters themselves plus a little redstone dust can be used to make up a basic logic gate known as a Pulser, but we will describe it, among other things, in the following sections.

Redstone Torches First let's start with learning a bit more about redstone torches. A redstone torch by iteself delivers a constant current to an object or to redstone wiring. You can think of it as a lever that never leaves the "On" position. Although a redstone torch is on by default, it can be turned off when a current is introduced to it in a specific way.

Look at the following image.

So what exactly is going on here? It would appear that both switches are flipped on, thus creating a current that we learned flows through the block and into the torch. The bottom torch was successfully turned off, but why didn't the top one turn off?

It is quite simple. Since the torch itself is giving off a current, it powers the redstone wiring, which then leads back to the block and lever, where it stops, unable to affect anything.

To avoid these complications, we power the blocks that the torch is placed on. A switch will turn off and on a torch placed on any side of the block that it is able to attach to. But why turn off a torch? Observe in the following picture how the switches are both either in the off or on position and yet the outputs are different.

The switch that has a redstone torch creates something known as an inverter, or a "NOT Gate". An inverter simply inverts the input that is given. Usually a flipped lever will send a current, activating an object. But when a torch is attached, the flipped lever sends a current into the torch, disabling it, causing absolutely no current to flow through the output.

Quick example of an inverter at a distance from the switch. When stacking the disabling and enabling effects of torches, it should be noted that torches bring a 1 tick wait time with them, exactly that of a repeater in a neutral state.

In the following example, you can see how a redstone repeater set to two ticks will cause the exact same delay as two torches placed in the other line.

Which blocks can be powered?

Before official repeaters were introduced, the above system of two redstone torches was used to extend the current. Powering it Up and Down This system of powering torches can be harnessed to achieve vertical power in the form of several slightly different structures. The first 1x1 tower ends with a torch powered on, thus activating the piston, whereas the 2x1 tower ends with an off torch, leaving the piston in place. Obviously if the towers each increased by one torch, the outputs would be opposite.

These towers make sending power vertically less of a hassle. You can also try a 2x2 spiraling method that sends power both up and down. This tower is excellent because it can be traversed up and down by foot! Here is the spiral staircase in action! Sending power down can either be achieved in a couple ways.

You can either use the aforementioned 2x2 spiral method, a bulky staircase looking structure seen below , or a more advanced looking method of stacking floating blocks. The final stacking block method of "powering it down" can be explained simply.

The switch will activate a piece of redstone that delivers a current to the redstone torch at the end. This torch is then disabled, thus releasing the disabling effect on the torch below, turning it on.

This effect alternates back and forth until it hits bottom. Note that you can also power wire that is underneath the block that a switch is on. Well, that about does it for most of the basic technical concepts of redstone related items. To learn about different circuits, scarily termed "Logic Gates", proceed on to the next section. Back to Top Circuits Oh, so confusing! Not really A circuit in Minecraft is basically just a bunch of switches, torches, redstone, and perhaps repeaters, put in a certain order that gives a desired output current or no current based on different inputs levers, buttons, torches, redstone, etc.

Basic Example Description Now this isn't even a circuit, but let's start with this very basic contraption that you have seen a bunch of times. You flip on the lever input and it results in a current output that in turn activates a piston powered block.

That is all. Moving on. The only difference is that now there are two levers instead of one. Let me explain exactly what is going on in this picture. Explanation The two levers are the inputs. Only when both are flipped will the piston move up.

The reason why is quite simple. The redstone torches that are above each input are both powering the piece of redstone wiring that is in between the two. This powered redstone wire is effectively powering the Key Redstone Torch, thus disabling it as we learned earlier. Only when both torches above the inputs are off, will the piece of redstone wire be off, thus halting the disabling effect on the torch. Once the torch is enable, it releases a current through the wire and into the piston.

That torch's purpose was to create a circuit that turned ON when both inputs were on. Explanation The explanation of how this works is not too bad. Ignore the green box for a moment and just focus on the two red boxes. See how in the top box, if the lever is switched on, it will send a current into the torch placed on the side, turning it off, releasing the disabling effect on the consecutive torch in the red box , which releases a current into the wiring and through the output.

That is the first part; if either lever is switch on by itself it will send a current and activate an object, a piston in this case. The next part is also simple. Try and imagine that both levers have been switched on. Why does the final current stop? If you look at the two torches placed on top of the blocks that the levers are attached to, you will see they are powering several pieces of wire. 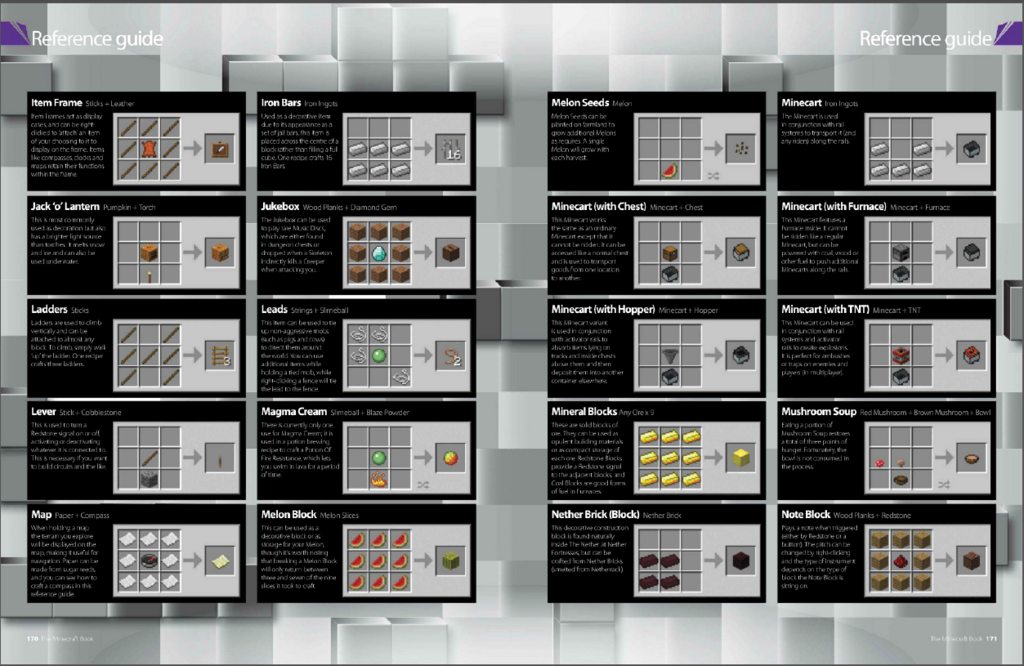 As long as one lever is not switched on, this wire will always been powered, but as soon as both are switched on, the power dies. When it dies the torch in the green box will turn on and power the wires to its sides. This power will disable the two torches at the very end, making it so no current reaches the piston. And that's it! And when they are different, the output will be "OFF". It really is not so bad. Imagine a scenario where you wanted an input that you could switch on and off.

Are you sure you want to Yes No. Usually a flipped lever will send a current, activating an object.

This will start the brewing. Kind of. Make sure the potion ingredients are placed in the right order. One should touch the redstone dust block. And when they are different, the output will be "OFF". Redstone pistons can also be made, as seen above.